“Dropwise”. Literally. NOT. My thoughts on serendipity

Nomenclature is a bitch. Element 74 (W) in the periodic table is tungsten in English. Since “tung sten” is Swedish for “heavy stone”, and since the element was discovered by a Swedish 18th century chemist (Carl Willhelm Scheele), the etymology appears pretty uncomplicated. Until you realize that in contemporary Swedish, element 74 is called wolfram. “Wolfram”, respectively, is (old) German for “wolf’s froth” (Lupi spuma in Latin).

Tungsten – in Swedish now – is the name for the mineral Scheelite (CaWO4), also known as calcium tungstate mineral – in English. 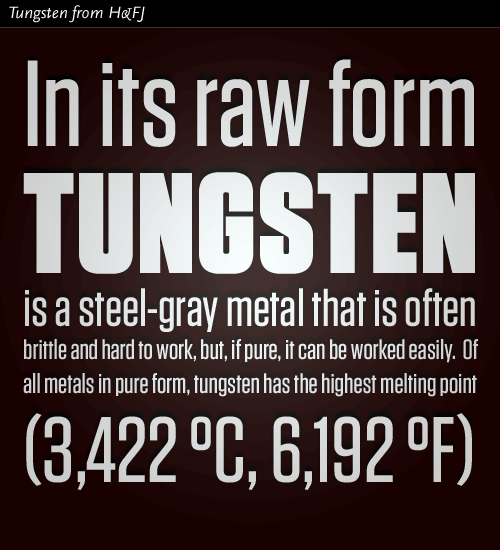 P.S. To all typography geeks: The font used in this image is Tungsten.