Confessions of a LOLcat Items of Interest

Small compound, big challenge. You in? 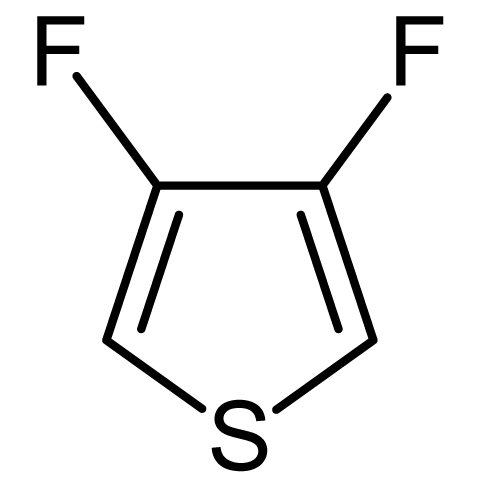 When you look in the literature, you find

Long story short: We need a couple of grams. We don’t have a lot of time on our hands and we don’t wanna cough up 5,000 USD for it.

How hard can it be?! The molecular weight is 120, dammit. There is no stereochemistry, neither thiophenes nor fluoroarenes are new under the sun, and the exact structure is known. (I have a feeling it is pretty volatile, though.)

So, how about this? He or she who comes up with the neatest* synthesis suggestion down below will receive: The honor of having it performed in real life – soon. And if it works, as a token of our appreciation, any chemistry book for up to 150 USD on Amazon sent to your door.

What are you waiting for? Go!

* Starting from stuff you can buy. One or two steps. No Sandmeyer crap, for Heaven’s sake. Think “robust and cost-efficient,” and what your first choice would be if you personally had to deliver.

I’m totally blown away by your support and genius. Thank you! The winner will be announced later and separately, and I could only wish that that part, including performing the actual experiments, was as swiftly managed as communicating online. I have gotten a couple of really tempting leads already after one day, but should you think of something not already mentioned, don’t hold back! There is still plenty of time.

In a broader perspective, see this as a good example of the power and might of open science. I would like to highlight especially to you guys in industry that not everything we do needs to be hush-hush.

60 Responses to Small compound, big challenge. You in?